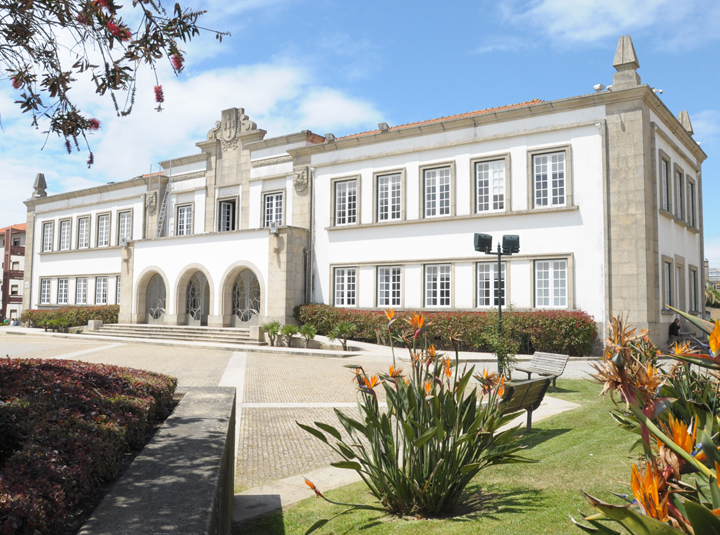 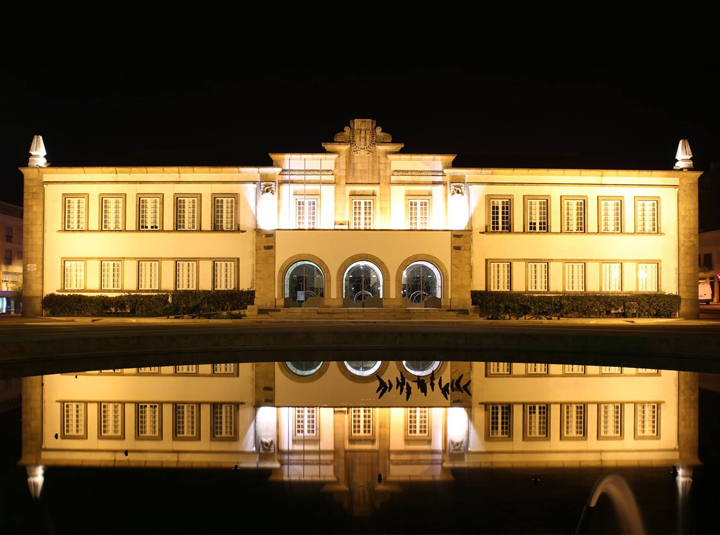 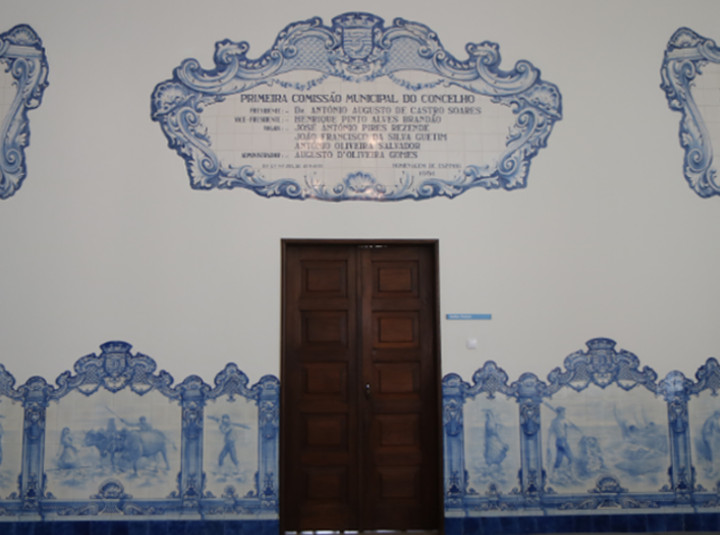 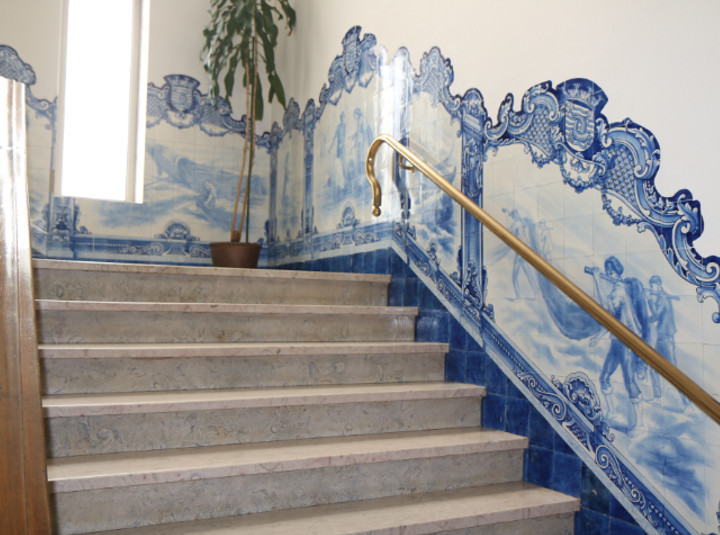 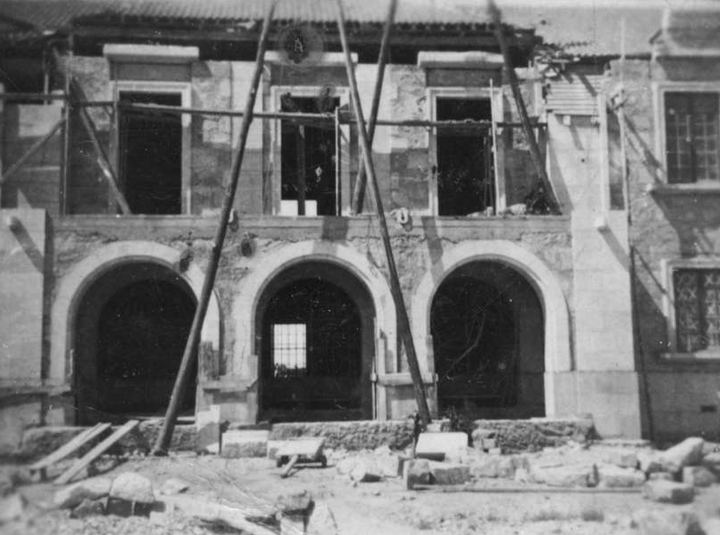 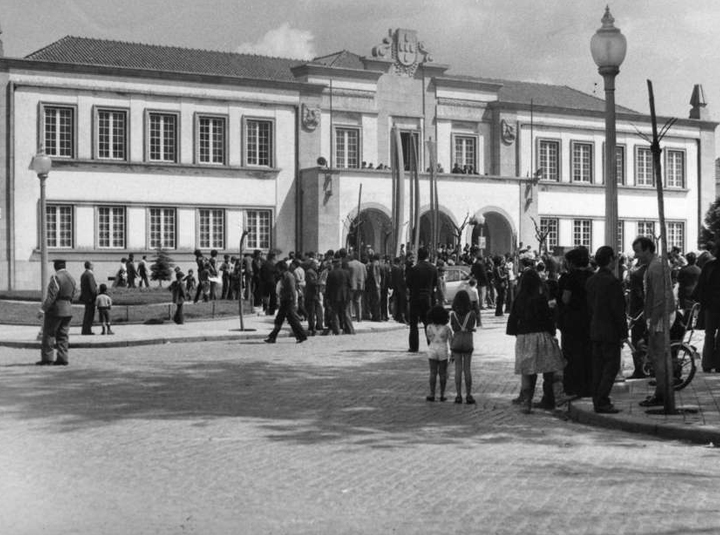 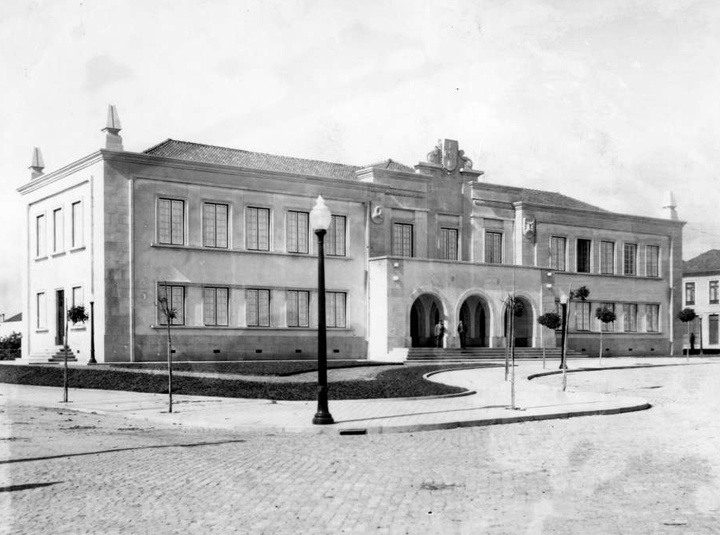 The Town Hall building project was prepared by the architect Alfredo Leal Duarte Machado, from Coimbra, and is dated June 1939. In October 1940, the Government granted the municipality an amount for its construction. In a council meeting on March 19, 1941, it was decided to grant the construction contract to António Oliveira Gomes, from Porto. The works began in April 1941. By order of the Ministry of Public Works, on January 12, 1944, it was decided the formal delivery to the municipality of the new building, whose lines are framed within the so-called "Estado Novo” architecture.

Two-floor building with a window consisting of rows of equal double-leaf windows with wooden frames. A central body stands out, forming a balcony based on a perfect arcade of three arches, from where you may attend the official events that take place in the square of Dr. José Salvador. On the balcony, the windows are replaced by doors through which the interior is accessed to. In the upper part there is a shield of Portugal. A basement and an outstanding ledge run through the building.

Inside the Town Hall, and dating from 1943, you may see tiles on the walls of the stairs and the upper atrium, with maritime and agricultural motifs, made by F. Maceda.

Espinho Town Hall building stands out among some interesting examples of eclectic architecture scattered throughout the county, and timidly include art nouveau elements along with predominantly maritime and religious architecture, improving the route of cultural heritage and tourism of the municipality.

Places you may visit at Town Hall: